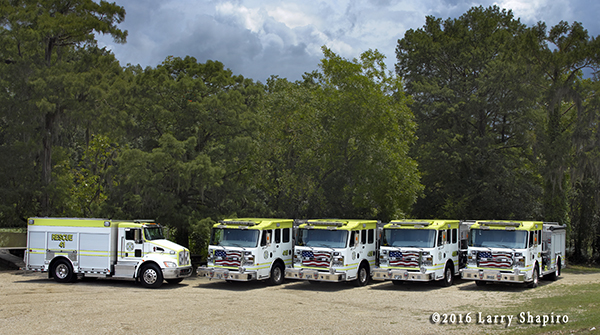 This is a change for the station that was dependent on it’s unpaid firefighters.

“We’re the largest volunteer fire department, area-wise, in the state,” said District 4 board chairman Robert Dugas. “But with the population growth that we’ve had, we’ve had less volunteers so we’ve had to go to more career-based firefighters within the district.”

Those employees have new equipment to work with, including military trucks.

“We are using those for whatever may arise,” said Wascom. “Whether it be a flood, a hurricane or an event where we need to evacuate people.”

The third new item is an administration building off of Florida Boulevard. All of these changes happened in the last two years, and it’s paid off. District 4 now has a lower fire ranking.

“Property Insurance Association of Louisiana rates the fire departments from 1 to 10. One being the best and 10 being the worst,” said Wascom.

The fire station bumped down from a 5 ranking to a 4 after the improvements. This could put more money in property owner’s pockets. A lower ranking means property owners could see lower insurance premiums.

But Wascom says more importantly, the improvements are making firefighters more efficient. It used to take 10 minutes for a truck to get to a scene, now it only takes 7 minutes.

“It brings our response times down tremendously,” he said.

A 10 mill tax is helping pay for all of these improvements.