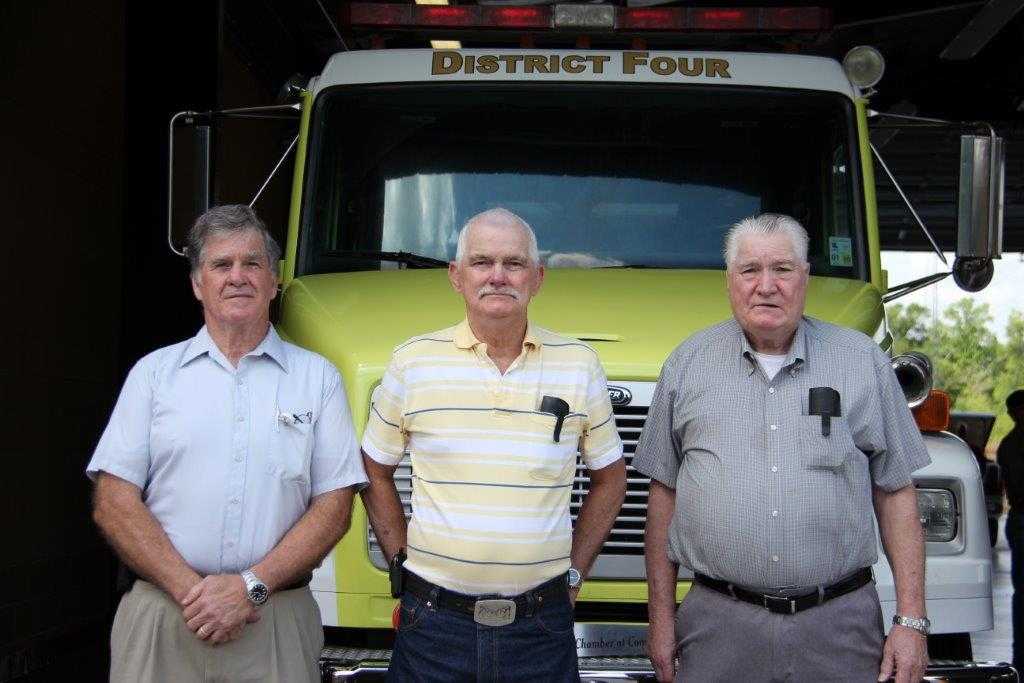 Honoring a great man, a fearless leader, and our fallen brother

Our hearts are heavy from last week’s loss of one of our own.  Donald Dedon, former LPFPD4 Fire Chief and Board Member, passed away on Thursday, February 7, 2019 at the age of 72.

Donald Dedon was a great man who lived a life of service. He proudly served in the United States Navy aboard the U.S.S. Harry E. Hubbard DD748, U.S.S. Samuel Gompers AD37, and on the river boats of the Mobile Riverine Force in Vietnam. He was an active member of the American Legion Nicholson Post #38. He retired as Captain from the Baton Rouge City Police after 26 years of service in the Uniform Patrol and the K-9 divisions.

In the early 1970’s he was critical to the establishment of Livingston Fire Protection District 4 (LFPD4) and worked diligently as a Board Member to bring emergency services to the residents of District 4. He was crucial in having Port Vincent designated to District 4, among many career highlights.

In 1985 he was appointed LFPD4 District Chief and held that position for 10 years. All the time he devoted to the fire department was on a volunteer basis while actively employed by the police department. He served two long terms on the FPD4 board of commissioners. While serving as Chief, he was appointed to the Livingston Parish E-911 board of commissioners and worked diligently to establish the Livingston Parish 911 call center. He was serving as vice chairman of the board at the time of his death.

“Donald was not only a great man; he was my mentor. While he left big shoes to fill, he was sure to give me all the tools and guidance to carry on the great legacy he left here at District 4.  I am forever grateful to him and his family for sharing him with us,” said James Wascom, LPFPD4 Fire Chief.

“We lost a very good man who was loved by all who met him. Our hearts and prayers go out to his family and friends during this difficult time,” said Robert Dugas, Board President, LPFPD4.

A man’s life is defined to a great extent by his values and passions. Donald was a Christian, a loving husband, an amazing dad, Donna’s best and dearest friend, a good provider, a family man, and a lifelong public servant. He cared about people and was loved by many.